Since I last posted, I have released not one, not two, but nine new builds of StarWright!

Most of these updates have been to fix bugs that people have found. (Indeed, the game is feeling *much* more stable than 0.1.0 did; there are, literally, no known bugs right now.)

One of those nine new builds was 0.2.0, which includes not just bug fixes but also a handful of other improvements. Here's a summary of the juiciest bits:

There's tons more changes and fixes, almost all of which I list in the patch notes.
I'll leave you with this screenshot of one of my favorite ships I've made: 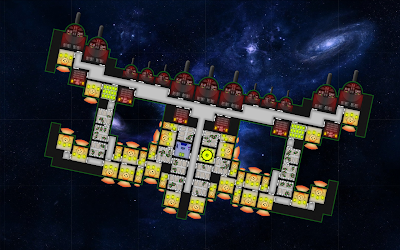