Cosmoteer 0.12.10 is out! And it has a pretty nice new feature: Formations!

When multiple ships are selected, a new "Formations" button will appear, and clicking on it will let you pick from one of three pre-defined formations: Line, Wedge, and Claw. 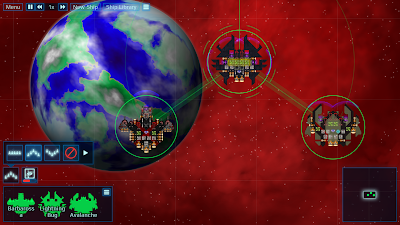 Additionally, you can create your own formations by selecting a ship, right-clicking on another ship it should follow, holding the mouse button, and dragging the mouse cursor to where the selected ship should position itself relative to the "lead" ship. You can then save the custom formation to be used later. 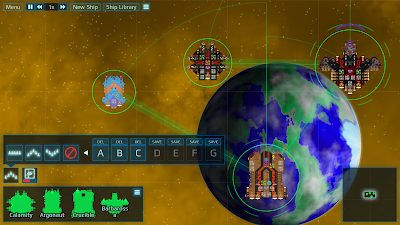 And by default, when you issue a command to a group of ships that aren't already in formation, the game will automatically create an "ad hoc" formation, causing the ships to stay in their same relative positions and move at the same speed.

This update has a huge number of other improvements and fixes (possibly the largest number of individual changes in the history of Cosmoteer updates), which you can read about in the detailed changelog.
Posted by Walt Destler at 6:51 PM