Cosmoteer update 0.14.13 is now available for download! This is a relatively small quality-of-life update that improves multiplayer latency (by adding support for "peer-to-peer" networking), adds an "auto" mode to Tractor Beams, tweaks mine balance, and fixes a handful of bugs.

Prior to this latest update, playing Cosmoteer online (i.e., on a server as opposed to on a L.A.N.) required all network communications between players' computers to be routed through the server. This meant that every ship command, every gameplay update, every chat message, had to first be sent to the server, which would then forward the message to the other players. This basically worked, but created a lot of network latency (long response times to player commands) for players that were located far from the server (which is in New York, USA). For example, imagine two players in Sydney, Australia wanting to play multiplayer with each other: All of their network communications would have to travel halfway around the world to New York before coming right back to Sydney, which added a huge amount to their network latency. Wouldn't it be better if those player's computers just talked directly to each other?

It would! This is where "peer-to-peer" networking comes in: Instead of routing all network communications through the server, all the server does is help setup a direct connection between the host of the game and all the other players in it. If the players are close to each other or far from the server, this can greatly reduce latency and make multiplayer a better experience for everyone in the game!

For the most part this "just works" and you don't have to think about it at all. In some cases a peer-to-peer connection might not be able to be established, such as if you're playing on a restrictive school, work, or mobile network, or you have an unusually restrictive router. But even if a peer-to-peer connection can't be established, that won't stop you from playing, it will just mean that the network communications need to be sent through the server and you may experience more latency.

I am aware that some players may be wary of doing anything that could reveal their I.P. address to other players (especially streamers and others who may be at high risk for things like DDOS attacks and doxing). For that reason, there is also an option under the multiplayer settings to turn off peer-to-peer networking, which will force all network communications to be routed through the game server.

Since multiplayer support was added to Creative Mode in the previous update, the number of multiplayer games has nearly tripled! This is awesome, but it also makes finding the ideal game for you a bit more challenging! 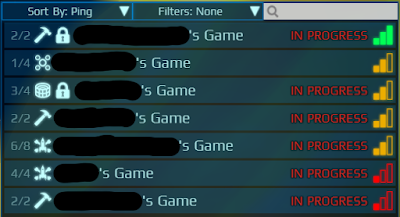 Another commonly-requested feature was the ability to tell a tractor beam to automatically push or pull to keep the other ship at the desired distance. You can now do that! Selecting a Tractor Beam and clicking its mode button will now display a 3rd "auto" option: 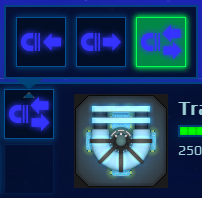 When this option is chosen, the Tractor Beam will attempt to keep the targeted ship at a specific distance, automatically switching to pull when the target is too far and switching to push when it is too near. The actual distance it tries to maintain is whatever distance you set when attacking or following the ship. (If you target the tractor beam on a ship that you aren't attacking or following, it will default to a distance of 125 meters.)

"Mines need a buff!", you say! I hear you loud and clear! And so they've received one: Mines now release twice the number of shrapnel, which now also flies twice as far, making it harder to avoid them: 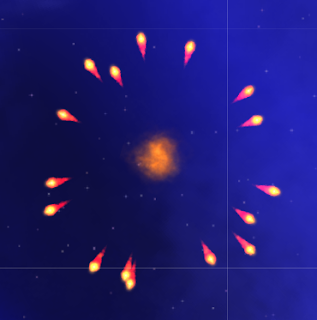 This update also has a number of other fixes and minor improvements, which you can read about in the changelog.